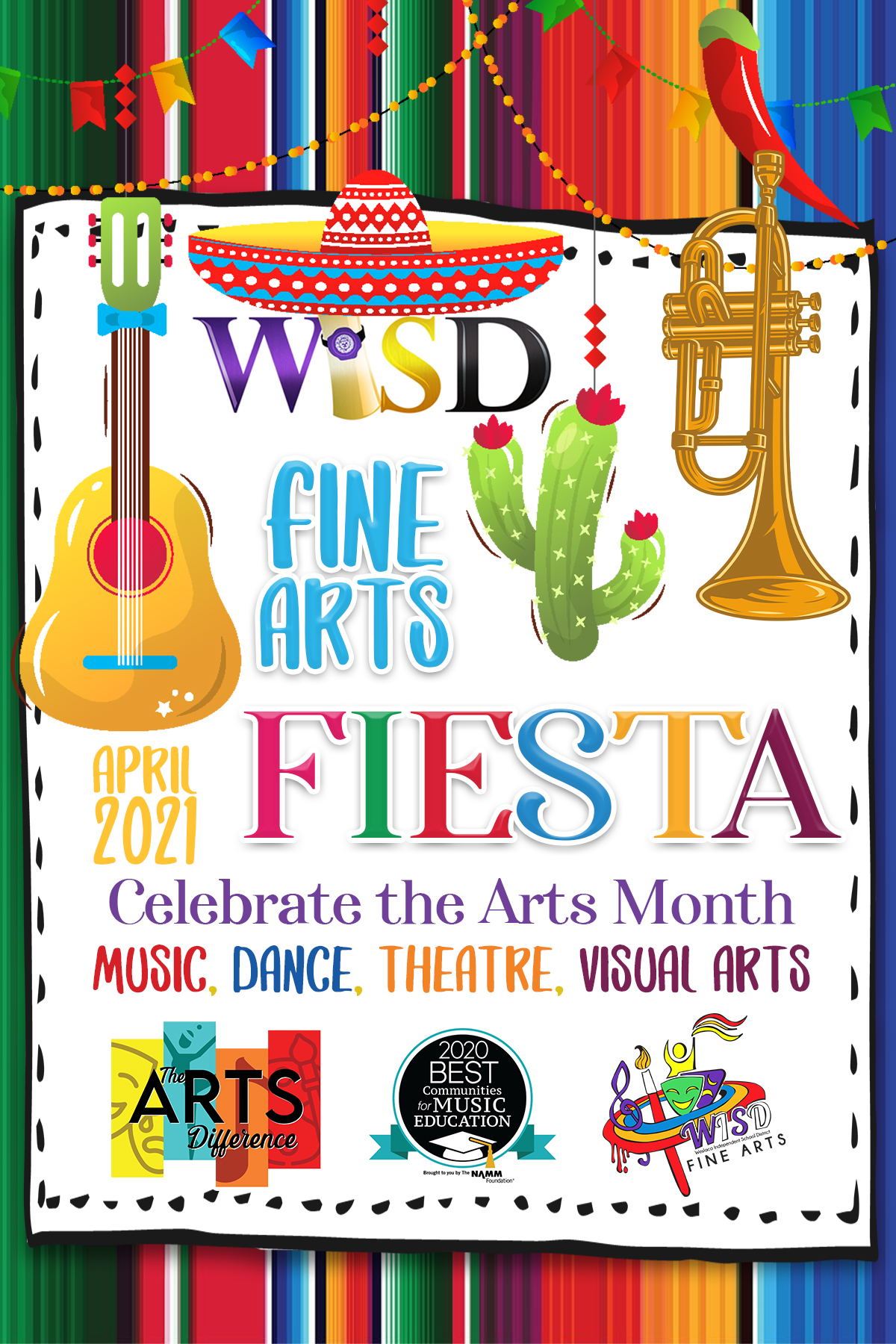 Please click on poster above to visit the 2021 WISD Fine Arts fiesta!!!

This year's exhibit features the talents of our Weslaco ISD art students. 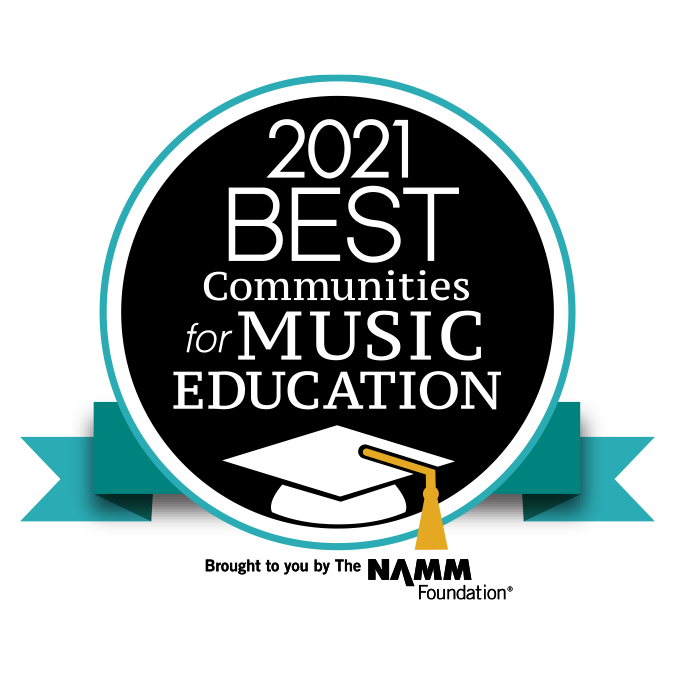 For the FOURTH year in a row the Weslaco Independent School District has been named a Best Communities for Music Education recipient by the NAMM Foundation.

This national designation award is given to those school districts that support and promote music education throughout their district and community. 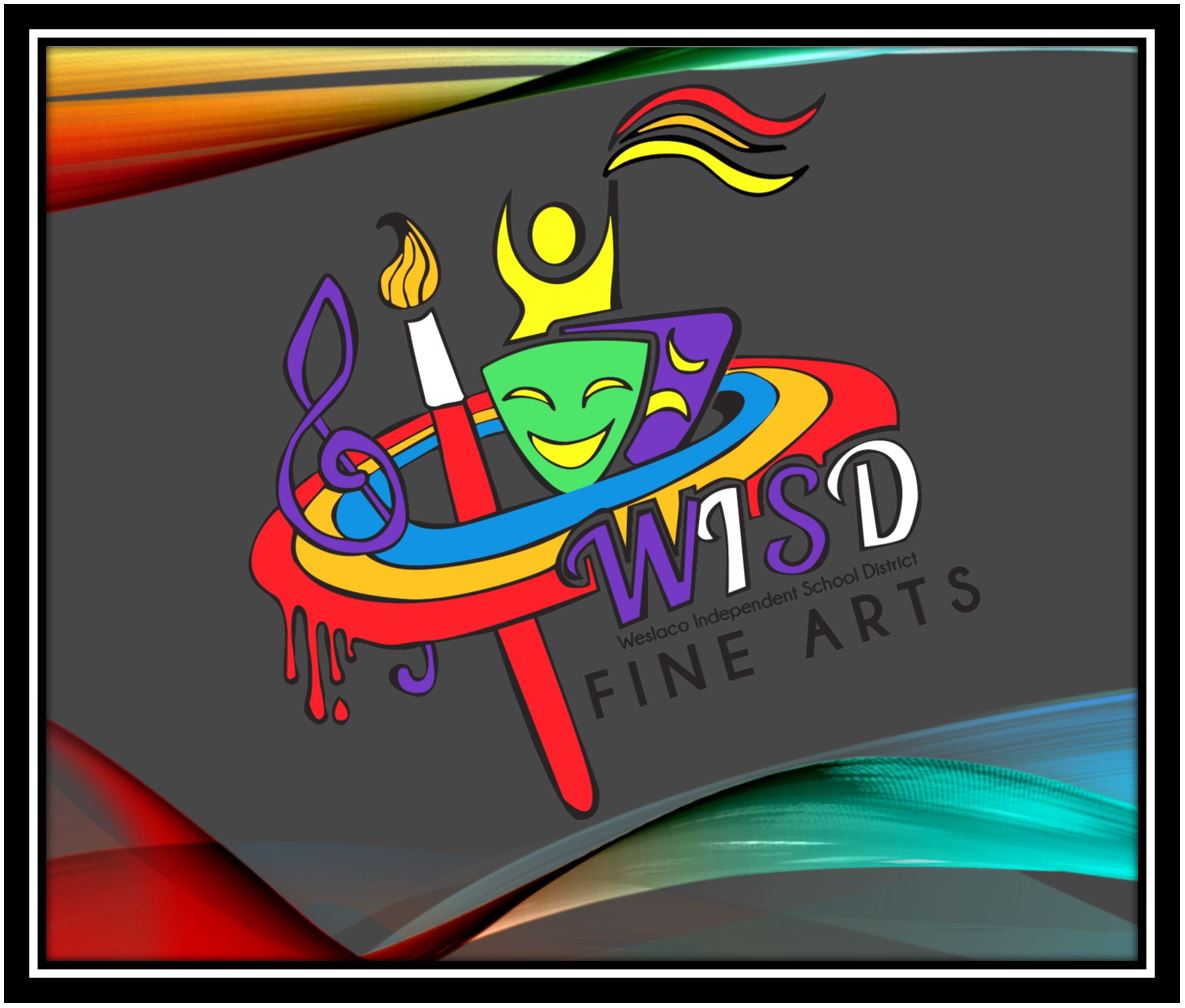 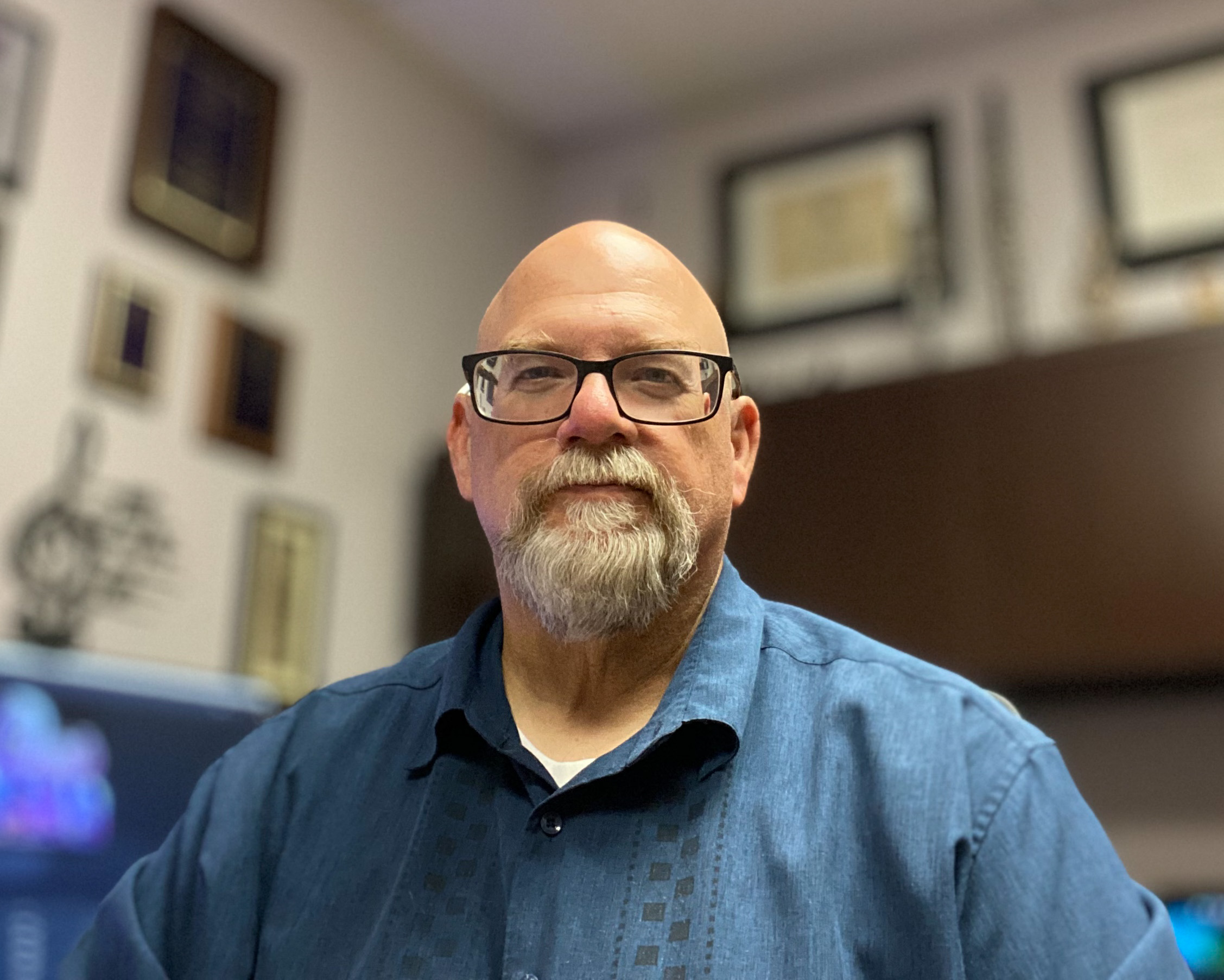 Ron Bissett is currently the Director of Fine Arts Programs for The Weslaco Independent School District. He holds a Bachelor of Music degree from Hardin-Simmons University in Abilene with a major in trumpet and voice, as well as, a Master of Music degree from Texas A & I University Kingsville with a major in Education. Ron has also taken doctoral classes and participated in seminars at The University of Texas at Austin and East Texas State University in wind ensemble conducting.

Throughout his music career Ron has performed in England, France, Switzerland, Germany, Canada, as well as, here in the US in Atlanta, New Orleans, Nashville, Dallas and for the 1984 Olympics held in Los Angeles. Ron has directed and had lead roles in various musicals and stage productions. He has also been part of several recording projects. 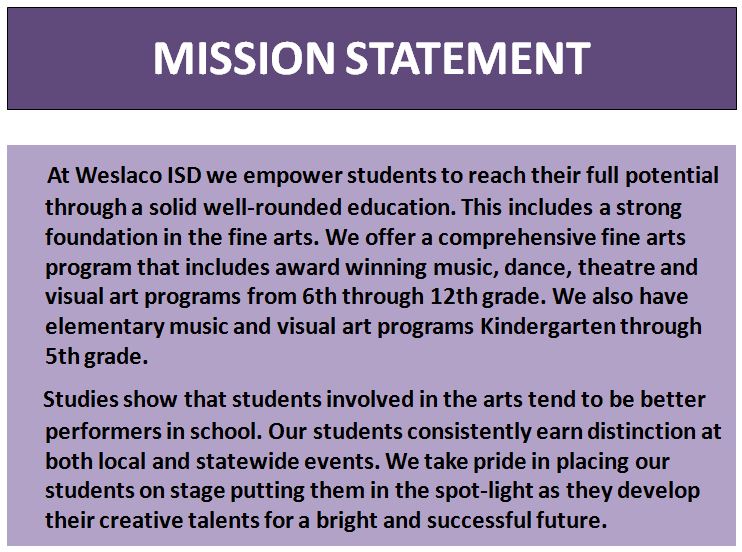 THANK YOU FOR SUPPORTING THE ARTS IN THE COMMUNITY OF WESLACO

The Gallery at the PAC is the Weslaco ISD Art Gallery. It opened in February of 2020 and  is located in the lobby of the WISD Performing Arts Center. It is home to a variety of art shows throughout the year. This venue gives our Weslaco ISD art students an opportunity to showcase their work in a professional art gallery setting.

Refer to our fine arts calendar for special exhibit dates and times. 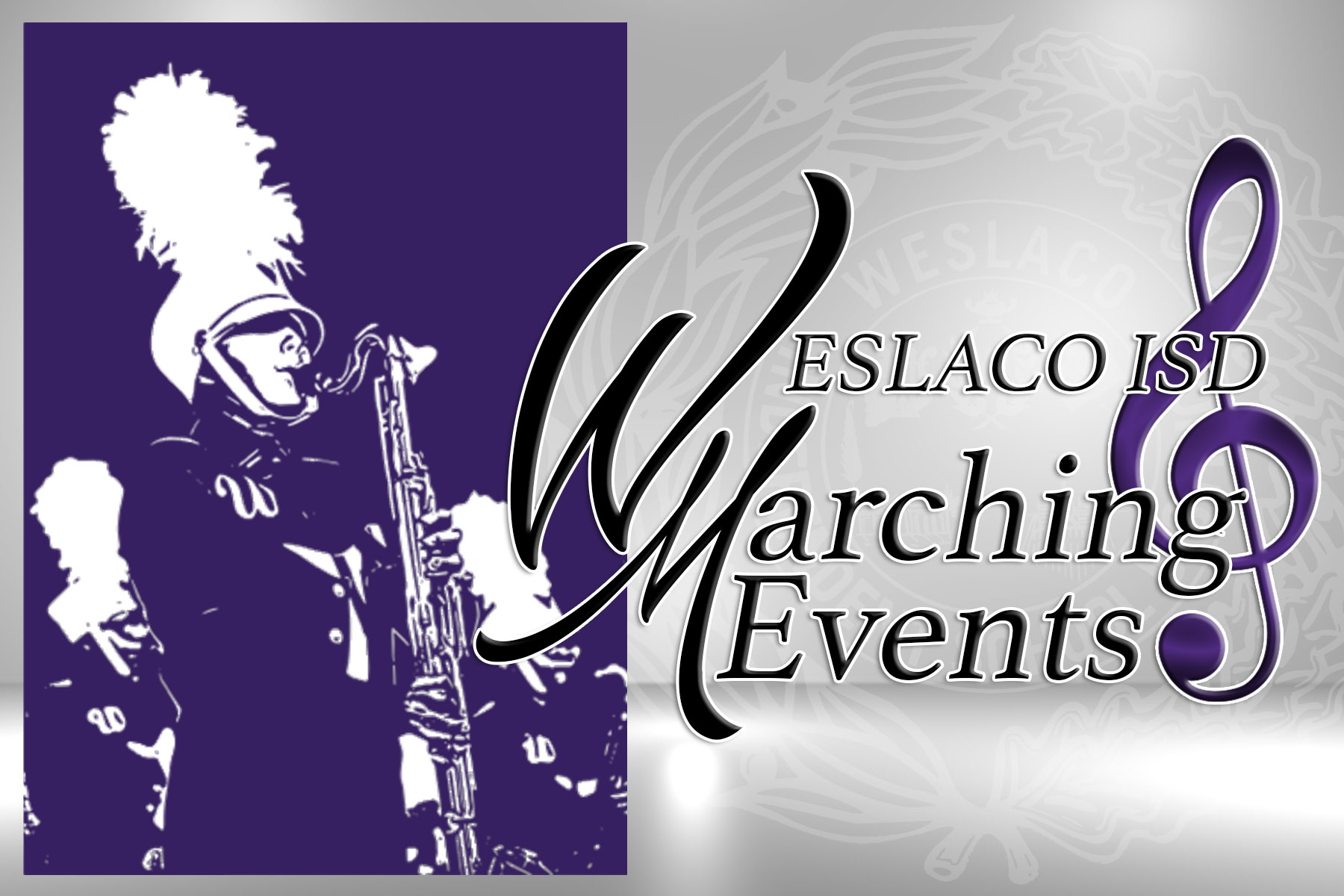 The Weslaco ISD Marching Events will not be hosting any marching competitions fall 2020 due to the Covid-19 situation. We are planning to be back in the fall of 2021 with the Weslaco ISD marching Band Festival and other marching events.